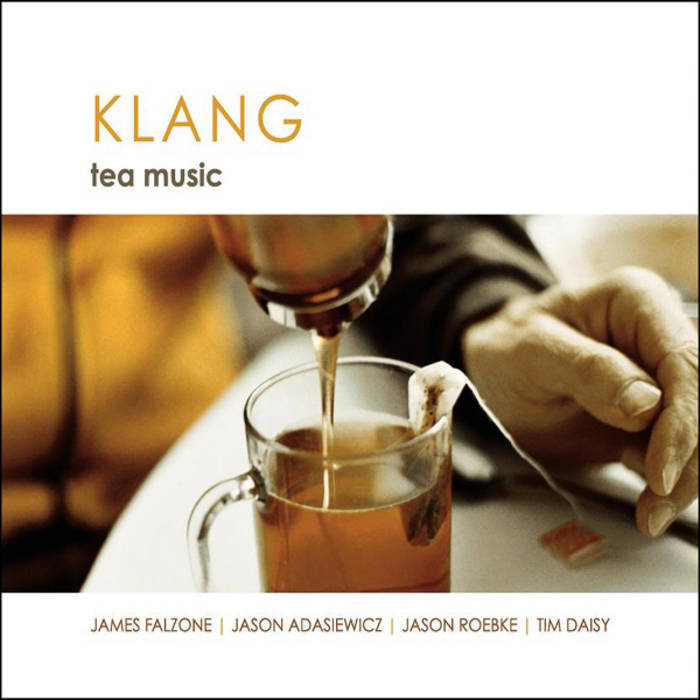 LINER NOTES
Like many projects in Chicago, Klang developed because of a gig: the chance to put a group together for a now defunct improvised music series in January of 2006. I took that opportunity to call upon some musicians I highly esteemed but had not had the fortune to work with previously and also to indulge in a hint of abstracted nostalgia by mixing vibes and clarinet, one of the classic combinations of swing and pre-bop era jazz. Also on my mind was paying homage to one of my heroes by composing tunes for Klang that recalled the small group writing of the late Jimmy Giuffre’s great 1950’s ensembles, music often neglected for his later (and equally great!) trio recordings. Many of the initial tunes for Klang’s book (No Milk, G.F.O.P., China Black, Klang) are studies in different aspects of “Giuffreisms” and named after my penchant for tea drinking. And Chicago, as always, has proven fertile ground for this group to try out new material and find a voice. And so, like a multifaceted Oolong . . . the voice of Klang.

REVIEWS
"On Tea Music, the band plays music that's controlled on the the surface and wriggling inside: tight, cruising arrangements of thoughtful and stylish music, with vibraphone shimmers and Mr. Falzone's handsome tone over bass and drums that rumble freely, without fixed rhythm, but that never make a big deal out of it. (Once in a while, in an allotted area, Mr. Falzone really stretches out, playing hard, gestural solos, getting almost wild in small spaces.) The band is having everything at once, of course: structure and freedom, tunes and the open imagination."
~ Ben Ratliff, The New York Times

"Provocative and daring . . . this extremely talented quartet has everything it takes to be a major force on the creative improvised music scene for a long time. Tea Music comes highly recommended, no matter your beverage preference."
~ Michael G. Nastos, All Music

"KLANG's debut, Tea Music, projects more than just sound; it goes deeper than that . . . haunting and colorful tunes . . . nothing less than satisfying."
~ Lyn Horton, All About Jazz

"The level of rapport is extraordinary and the malleability of each player's role in the ensemble provides a broader range of instrumental color than you might expect. Great stuff, with more to discover in the music each time around. Highly recommended."
~ Stuart Kremsky, Cadence Magazine

"The first recording of Chicago clarinetist James Falzone's quartet, KLANG, comes on strong with bold playing, smart compositions and empathetic group interaction. What makes for such pleasing listening is the beautiful blending of the warm clarinet and the glistening sheen of the vibes - a really cool combination. Tea Music is steeped in the modern jazz tradition and is all the better for it. Definitely check this out."
~ Glen Hall, Exclaim.ca

"Throughout the set, Falzone and Adasiewicz's rapport veers from caustic to sonorous, fractious to lilting, as Roebke and Daisy accent each charge with eloquent restraint. An adventurous yet accessible effort from the Windy City's finest young improvisers, Tea Music is another compelling album in a long line of stellar releases documenting the new Chicago scene."
~ Troy Collins, All About Jazz

"The music, written by different players, is sly and smart, centered on composition and cleverly precise. Their collective approach to improvisation is passionate and sharp; Falzone's orderly clarinet and Adasiewicz's crisp vibraphone travel to another plane. It's an extraordinary recording from an outstanding quartet."
~ Mark Corroto, All About Jazz

"The musicianship itself is first-rate, the group able to stop on a dime throughout. The players’ performances blend to give the band a unique voice, one rooted in swing and cool but cognizant of all events transpiring since."
~ Marc Medwin, Dusted Magazine

Best Of Lists for 2009 and Significant Radio Play
All About Jazz
David Adler's Blog
Alarm Magazine (Best album of the week, August 25)
#1 on Earshot and CHARTattack Jazz Charts
3 weeks in College Music Radio Top 20
All About Jazz: Best of 2009
Chicago Examiner/Neil Tesser: Best of Chicago Jazz 2009