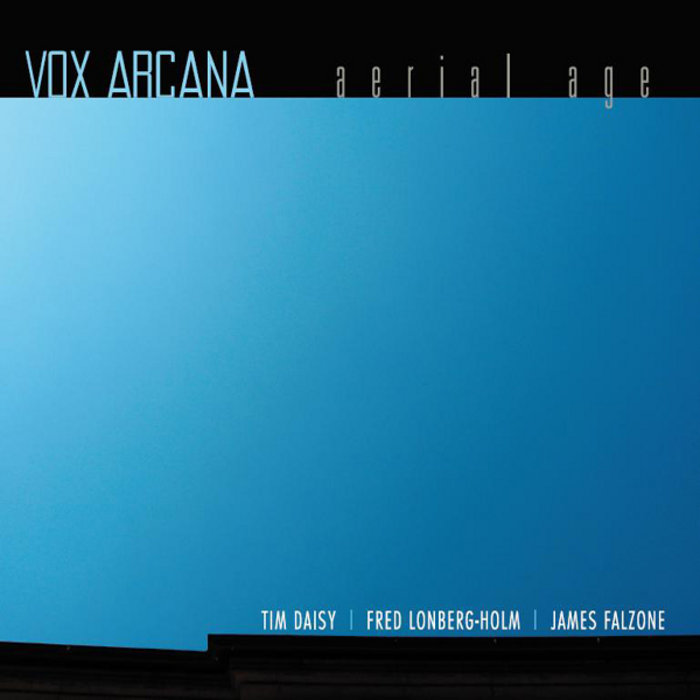 LINER NOTES
Vox Arcana was formed in the spring of 2008 as an outlet for my compositions that explore the dynamic between written thematic material and open improvisation and how the juxtaposition of these two elements influences the overall character of a piece. Much of the inspiration for this music comes from three different schools of experimental music, which forged new paths in the sonic arts during the mid to late 20th century. These include the New York school of composers led by John Cage, Morton Feldman, Earle Brown, and Christian Wolff, the pioneers of the minimalist movement including Terry Riley and La Monte Young, and the early innovator’s of Chicago’s Association for the Advancement of Creative Musicians including violinist/violist Leroy Jenkins and multi reed player/composer Anthony Braxton.

Adding to these musical influences, a great deal of inspiration comes from the world of visual art. These include the kinetic sculptural machines of Swiss artist Jean Tinguely, American Robert Rauschenberg’s “combine” paintings and his use of non traditional materials in innovative combinations, and the wall drawings of American Sol Lewitt, whose work straddled the line between minimalism and conceptualism and whose focused use of line and shape correlates with my own sense of rhythm and melody.

As important as these influences are, a vital factor contributing to the realization of this music comes from the fantastic work of cellist Fred Lonberg-Holm and clarinetist James Falzone. Both have an extraordinary amount of facility on their instruments, can read anything you put in front of them, and improvise with a great amount of authority and dynamic contrast. Importantly, both Fred and James are established composers and have offered constructive criticism as this music has developed, helping shape its character in positive ways. Without the creative input of these outstanding musicians, the music you hear on Aerial Age would not be possible.

Chicago is one of the few places in the world where ample opportunities exist for artists to perform and develop their original music in front of an appreciative audience and I am very fortunate that Vox Arcana started and was incubated here. These opportunities exist largely because of the incredible work of the many musicians, presenters, and club owners who have made Chicago the fertile and rich environment that it is. To them I am very grateful.


REVIEWS
"The new album by Chicago trio Vox Arcana has a subtle but certain gravitational force. It pulls you in, almost before you know it, with the power of its compositions. If it offered nothing more than three of Chicago's most accomplished and versatile improvisers, Vox Arcana would still have plenty to offer; as a showcase for Daisy's approach to composition, it goes above and beyond. Smartly conceived and perfectly executed, Aerial Age lives up to its title, combining science and art to create streamlined, adventurous flight."
~Neil Tesser, Chicago Jazz Music Examiner

"A trio that combines the best elements of each into a wild whole . . . fans of intricate scripting and wild improvisation will love it.
~Alarm Magazine (This Week's Best Albums, August 3, 2010)

"Drummer-led jazz groups can be dicey business. Not so with Tim Daisy . . . he approaches the trio's repertoire with the discipline of a doctoral student, influenced as much by visual art as avant-garde composers . . . Daisy lithely navigates improvisational terrain with gracious restraint."
~Areif Sless-Kitain, Time Out Chicago

"Daisy pulls off a coup in transcending his avowed influences-not by blending them into a whole, but by allowing the clashes to resonate throughout this fine album."
~John Sharpe, All About Jazz

"Hermetic in its overall accessibility, yet mixing so many styles and subgenres like a cloth woven of wool and silk and plastic, utterly creative yet impossible to pigeonhole."
~Stef Gijssels, Free Jazz.com